With a frequency response down to 15 Hz, and a maximum SPL capability in excess of 130 dB, the 7382A is Genelec's most powerful subwoofer to date. 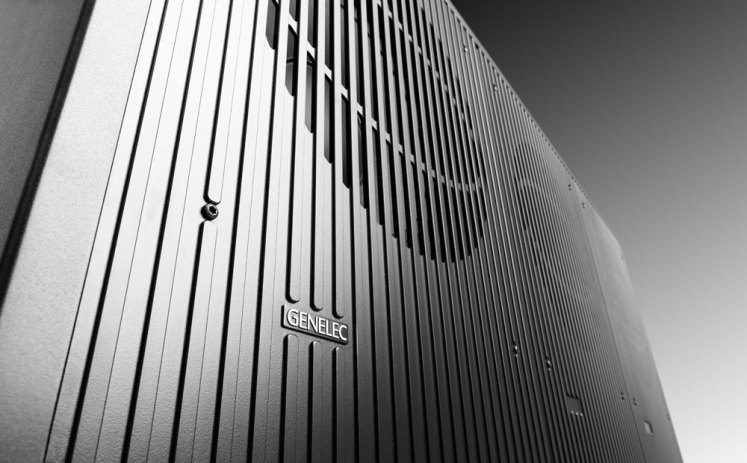 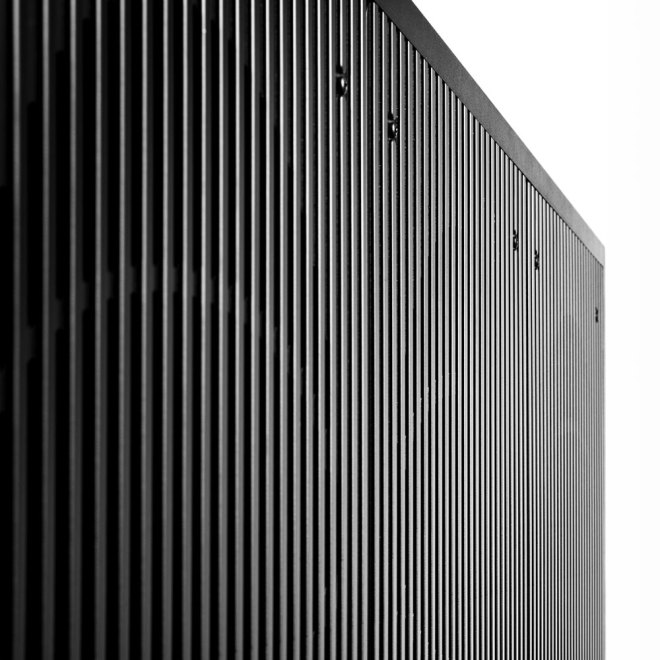 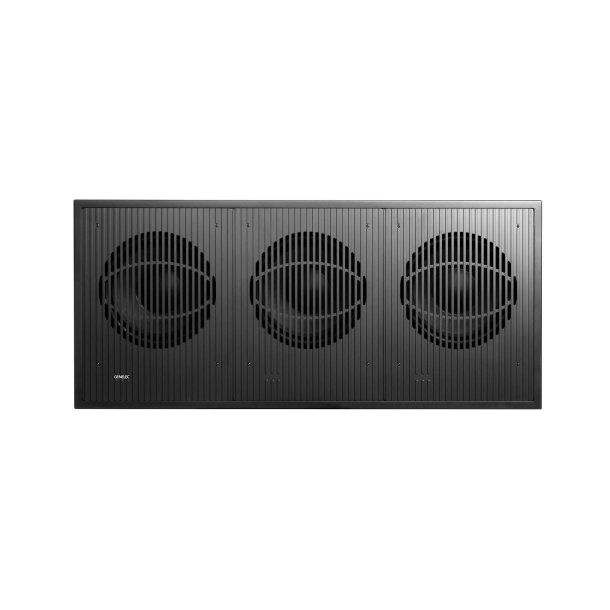 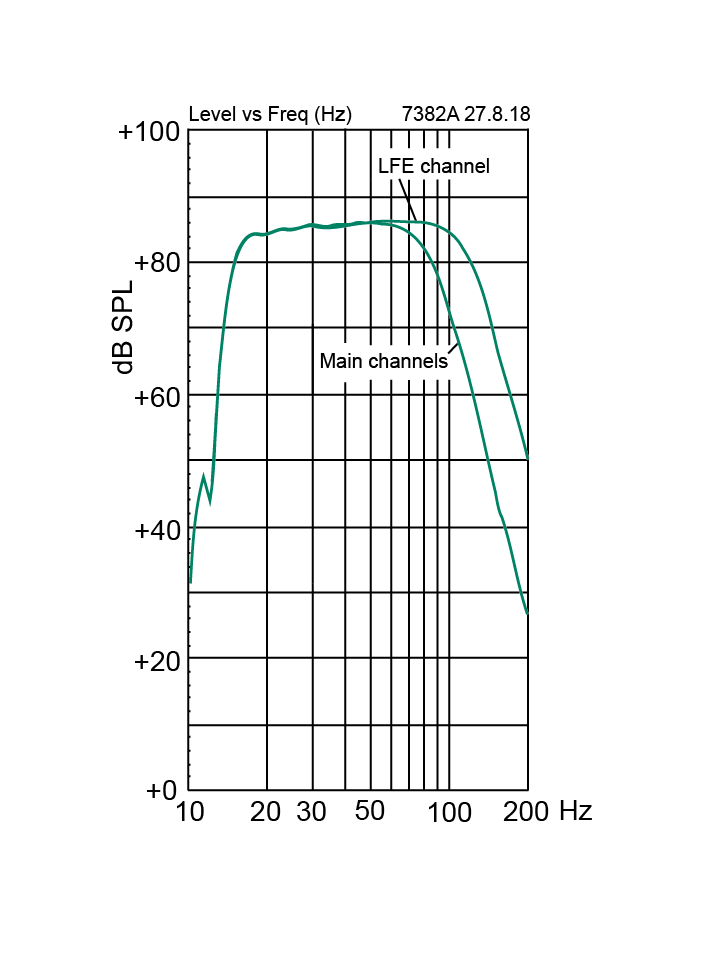 
Self generated noise at 1 m on axis (A-weighted). 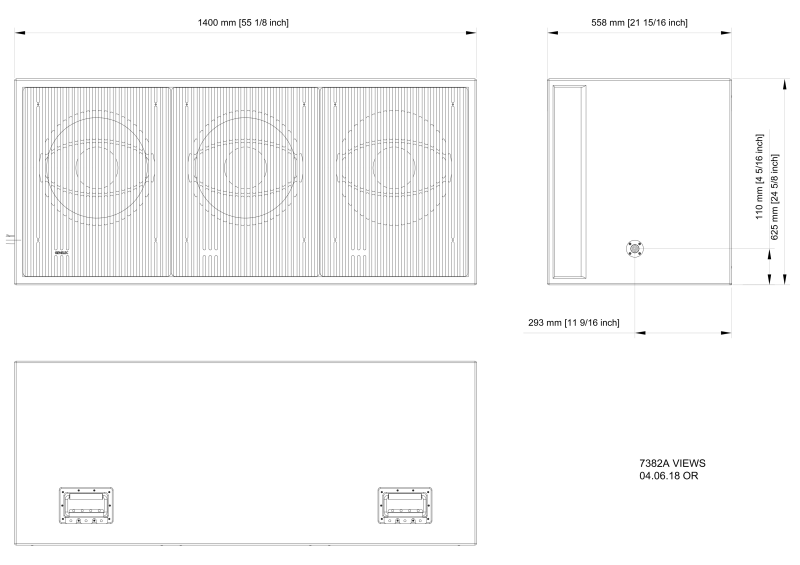 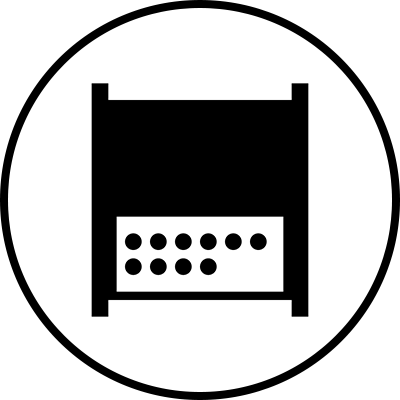 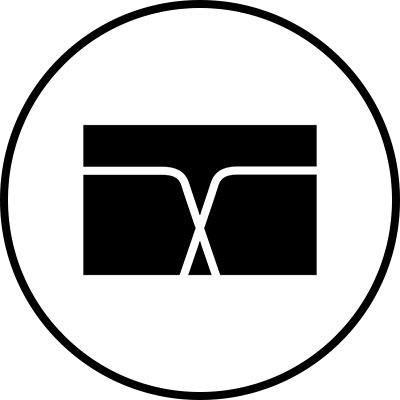 Genelec Smart Active Monitors, including the high-SPL S360 two-way model, are at the heart of two new Dolby Atmos Home Entertainment certified rooms at Telson.Tres60 studios in Madrid - the very first in Spain to have been certified by Dolby.

As part of the Modern Sky record company – one of the most important independent labels in China – the sub-label Sound Blanc has been one of the driving forces behind the popularity and development of ambient music in China, and so Genelec was extremely excited to partner recently with the Sound Blanc team to stage a special performance of “The Cycle” Ambient Surround Project at the Ullens Center for Contemporary Art (UCCA) in Beijing.

DJ, producer and sound designer Ummet Ozcan has built a hugely successful career, despite the acoustically challenging spaces he has often made music in. Now, thanks to the creation of his own private studio by renowned acoustician and studio designer Jan Morel, Ozcan finally has the ideal recording space - with a Genelec smart active monitoring system at its heart.

Part of Mediapro’s image and sound post-production company, Telson.Tres60 opened its new facility in May 2019, and decided to upgrade its monitoring capabilities to better serve its clients. “The system upgrades were driven by client demands - for example Movistar asks for everything in Dolby Atmos,” explains sound production co-ordinator, Ana Belén Martín. “We must be able to fit the standards of each of these clients. This means that we have to generate much more material than before because of the different types of broadcast formats – from a mobile phone to a Smart TV.”

The Telson.Tres60 team, alongside Unitecnic – Mediapro’s engineering company which handled the installation – turned to local Genelec partner Audio-Technica Iberia for the 7.1.4 monitoring solution. In both rooms S360A monitors were installed in the LCR positions, with four 1032C monitors as surrounds and the same number of 8340As covering the overhead channels. Low frequency content is handled by a 7382A subwoofer, and with all of the monitors being calibrated and controlled via Genelec’s GLM loudspeaker management software, the monitoring system is able to provide the flexibility required to work to different standards.

“These are the only two Dolby Atmos Home rooms in Spain approved to work at a 79 dB SPL monitoring level,” adds Pelayo Gutiérrez, sound supervisor and head of the fiction sound department of Telson.Tres60. “Ricardo Viñas from Dolby was responsible for adjusting the rooms and equalising them to the three required levels: at 85 dB for cinema, 79 dB for Netflix and 82 dB for Telefónica.”

Alongside the two Dolby Atmos Home rooms, the facility features a 7.1 room, two 5.1 rooms, a foley room and a movie theatre, which also benefit from Genelec monitoring technology. “In terms of technical expectations, Genelec has delivered exactly what we anticipated,” reflects Gutiérrez. “We are very happy – it's a perfect setup. We have real confidence when it comes to making premixes here and moving on to the movie theatre or vice versa - the mixes translate perfectly.”

Combining an ambient music performance with a multi-channel listening experience, both the performers and the live audience were surrounded by a ring array of Genelec loudspeakers, creating a truly unique listening environment. This type of playback system is tailor-made for ambient music, emphasising the sense of space and the abstract nature of the compositions – and creating an incredibly thought-provoking and stimulating live event.

The planning and creation of the show took place over a two month period, using the demonstration space in Modern Sky to evaluate how the sound elements combined, how they moved, and what type of speaker configuration would be best suited to the ambient material. The creative team included electronic musician Wang Lu, also known as L + R, music producer/mixer Shen Lijia and visual artist Tami-musiXgal, and working alongside our colleagues at Genelec China, a system comprising eight S360 high-SPL smart active monitors and a 7382 subwoofer was used to surround the audience, while a smaller smart active array of four 8330 two-ways, four 8331 coaxial three-ways and a 7360 subwoofer was used to envelop the musician and the VJ. Genelec GLM software was then used to analyse the room and optimise the frequency response, distance delay and playback level of each speaker in the system – thereby delivering the best possible listening experience to both performers and audience alike.

In planning the event, the team were seeking a good combination of manual control, programming and random machine triggering, with the pre-programmed foundation of the 8.1 audio mix being handled by Ableton Live, with Cycling 74’s Max allowing communication with external hardware instruments – and plenty of real-time musical improvisation was included too!

Prior to the event, the demand for tickets was so high that it was decided to stage three separate performances, to allow every listener to position themselves comfortably within the speaker array and experience the finest sound quality. And from our own perspective, the whole process of planning and executing the event gave us a much deeper understanding of the shaping of space, the precise positioning of sound and the design of moving trajectories in music.

There’s no doubt to us at Genelec that as the world’s exposure to immersive audio becomes greater, the future of multi-channel live music performances is increasingly looking brighter. There are a whole new generation of music fans who are seeking more and more ‘experiential’ live performances, and Genelec is excited to play its part in the growth of this exciting medium.

Ozcan has been making music since the age of 14, when his instinctive skill with the flute and keyboard were the first signs of an emerging, prodigious talent. His first single, Chica Good, arrived in 2006 but it was 2011’s Reboot, swiftly followed by 2012’s The Box, that solidified his reputation. In the years since, he has produced not only a string of hit singles but also collaborations with peers including Paul Van Dyk and Tiesto, while continuing to push his own creative limits with the development of soft-synths and soundbanks.

However, most of that work was performed in less-than-ideal listening environments. “The first space that I worked in... I’m not sure I could call it a studio since it was in the attic of my parent’s home,” recalls Ozcan. “I just had two speakers in there – actually just two hi-fi speakers! Then I moved to an apartment and I had a room – so I put some acoustic treatment on the walls, some bass traps, and just two monitors and a sub. I made my music in there for years, but when my friends came to visit I’d tell them to stand in the corner because that’s where they could hear the bass properly! If you took one step to the side then the sound changed completely.”

Ozcan describes his new studio as “everything I’ve dreamed of for the last 15 years – I can’t quite believe that it’s here. This room reflects my energy. It’s an extension of myself and my music. When you close the door, you’re in a different world, it’s amazing.” 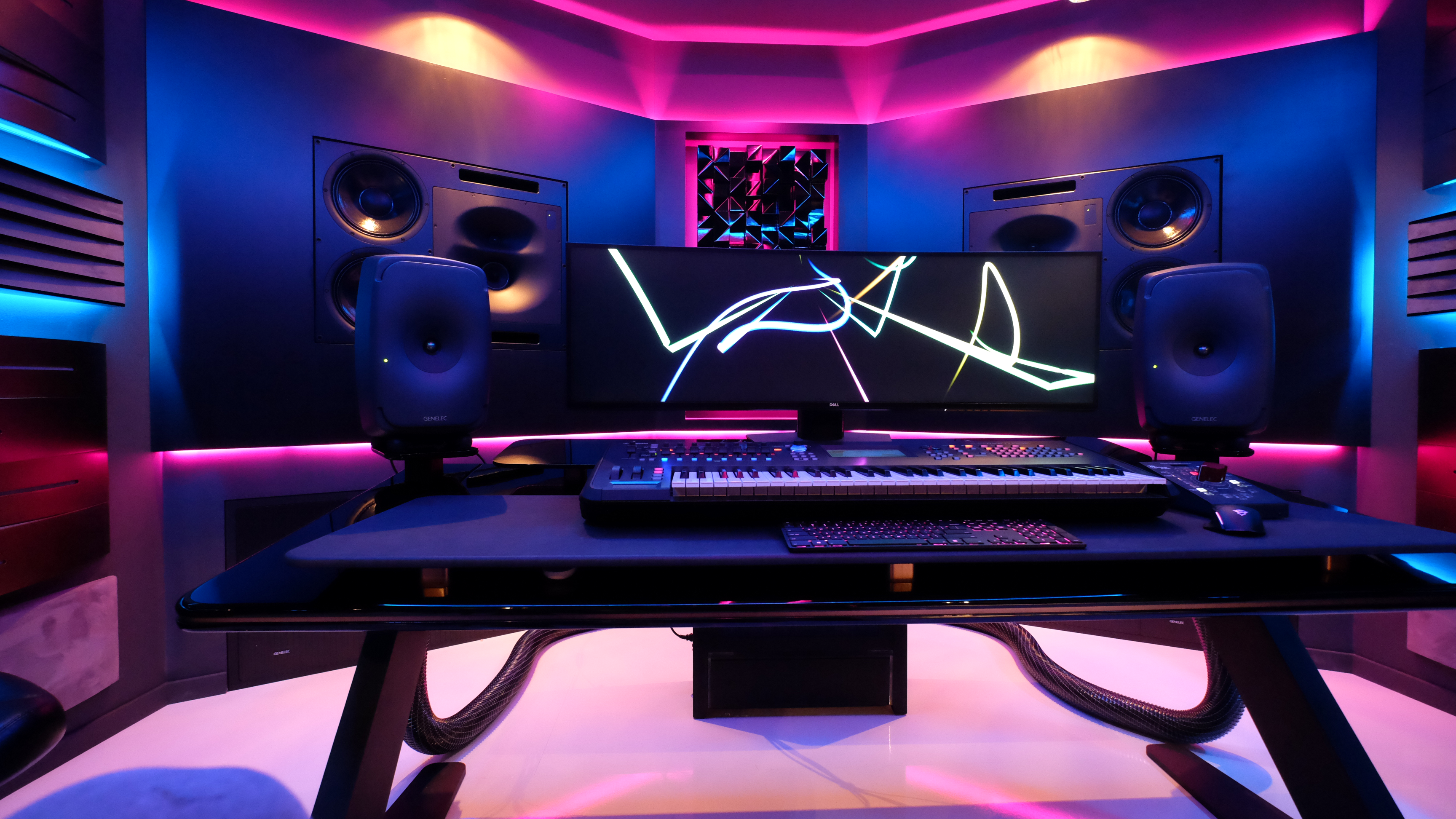 The room itself is a blazing celebration of neon, seamlessly shifting between colour schemes to suit the mood of the artist. Sculpted acoustic panels from Artnovion adorn the walls while Morel has even recreated Ozcan’s logo on the ceiling. The Genelec smart active monitoring system which forms the studio’s centrepiece is just as impressive, with two 1234As installed as main monitors, accompanied by a 7382A subwoofer. Adding symmetry, what appears to be a second 7382A is in fact a customised bass trap designed around a Genelec grille. In addition, two of the newly-launched 8351B coaxial point source monitors from The Ones range are installed on Ozcan’s desk for nearfield listening. The DJ describes the sound as “mind blowing”. 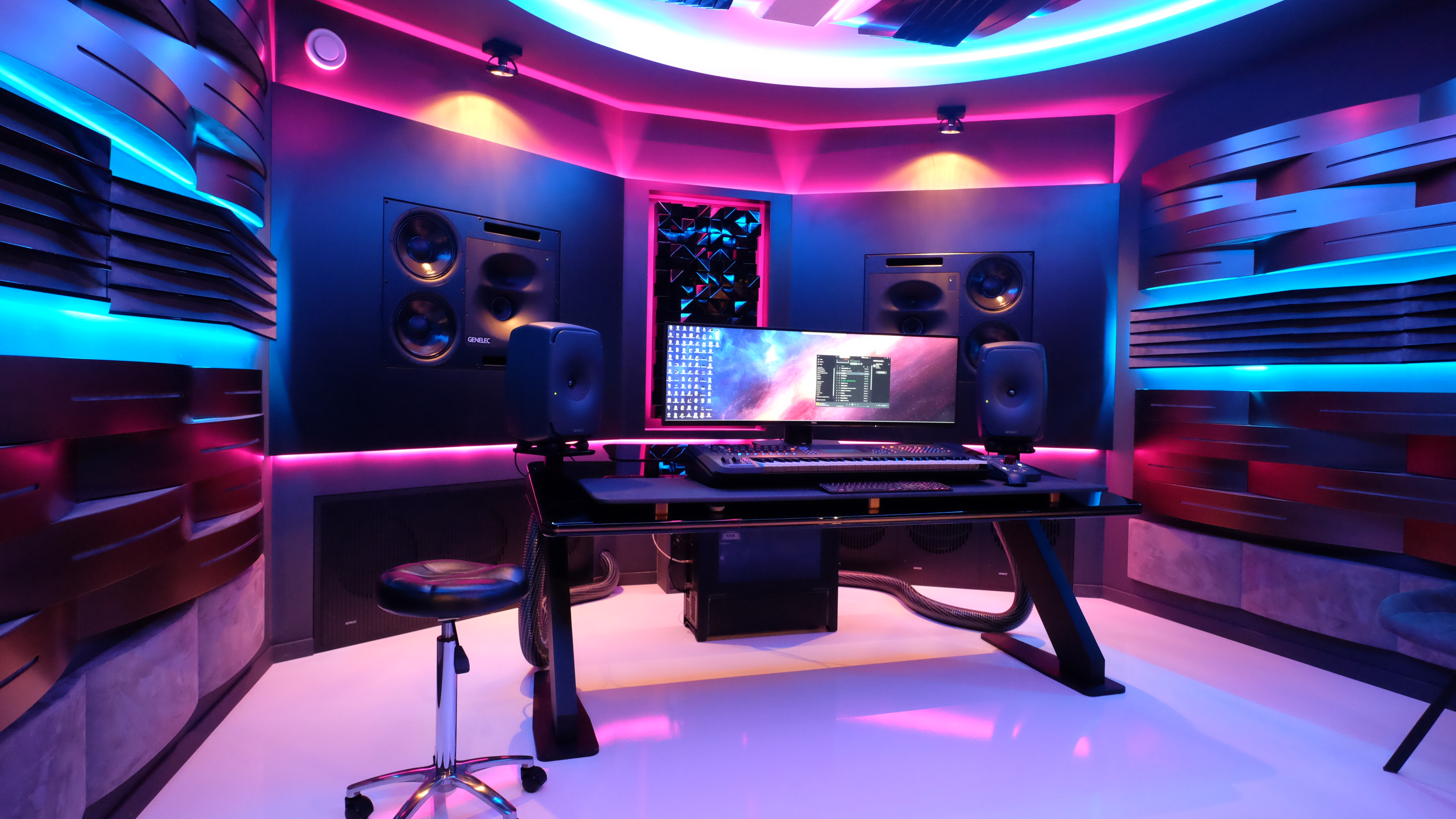 Towards the conclusion of the project, Morel and Ozcan shared the process of calibrating the Genelec monitoring system for the room. That work began with Genelec’s GLM calibration software, then was fine-tuned by ear. “We went very deep into the process,” says Morel. Yet ultimately, little tuning was actually required. “You don’t have to do much,” explains Ozcan, “with almost no tweaking it sounds fantastic. You feel it in your chest and it gives you goosebumps because you can hear everything. I can hear things I’ve never heard before!”

For Morel, who has now designed private studios for some of the world’s most celebrated DJ producers, this is one of his proudest achievements. “This ranks as one of the top three studios that I’ve created,” he declares without hesitation. “Certainly for the design, this is number one.”

Frustrated that your material doesn’t sound so great on other systems? In this video we show you how to calibrate the Genelec SAM™ monitors with the Genelec Loudspeaker Manager (GLM™) Software to get the most out of your room and ensuring that your mixes translate perfectly.

Can I use SAM™ Subwoofers with Classic 8000 Series monitors?

Can I mix Classic 8000 Series monitors with SAM™ Systems?

Which SAM™ Products You Are Going to Mix With the Classic 8000 Series?

Mixing 8000 Series and SAM™ monitors is not recommended

It is alright to mix Classic 8000 Series with SAM™ Subwoofers

I’m dealing with too much bass. How can I set the room response calibration controls?

Genelec monitors are calibrated flat in anechoic free field conditions. When the monitor is placed in a room close to walls or other boundaries, the low frequency output of the monitor increases. To achieve a flat low frequency response an adjustment of typically -4 dB on the bass tilt control is used. Genelec also provides a bass roll-off control to compensate for any remaining excessive LF energy around the low cut-off frequency.
Genelec GLM AutoCal can implement a more precise compensation after measuring the acoustic effects produced by the monitor’s installation location.

Differences in room reverberation time and listening distance can lead to changes being required in the treble region so treble tilt is fitted to most of the models in the Genelec range.

In three-way monitors and large main systems there are additional driver controls for the bass level, mid level and treble level which enable very fine adjustment of the frequency response so that the monitors can be placed in many different listening environments, whilst still achieving a consistent and neutral sound reproduction.

The best way to set the room response controls of a Genelec monitor is by taking an acoustical measurement at the listening location, using a measurement system for those products that offer local controls (DIP switches) on the monitor or subwoofer, or by using GLM AutoCal for the SAM™ (Smart Active Monitoring) products.